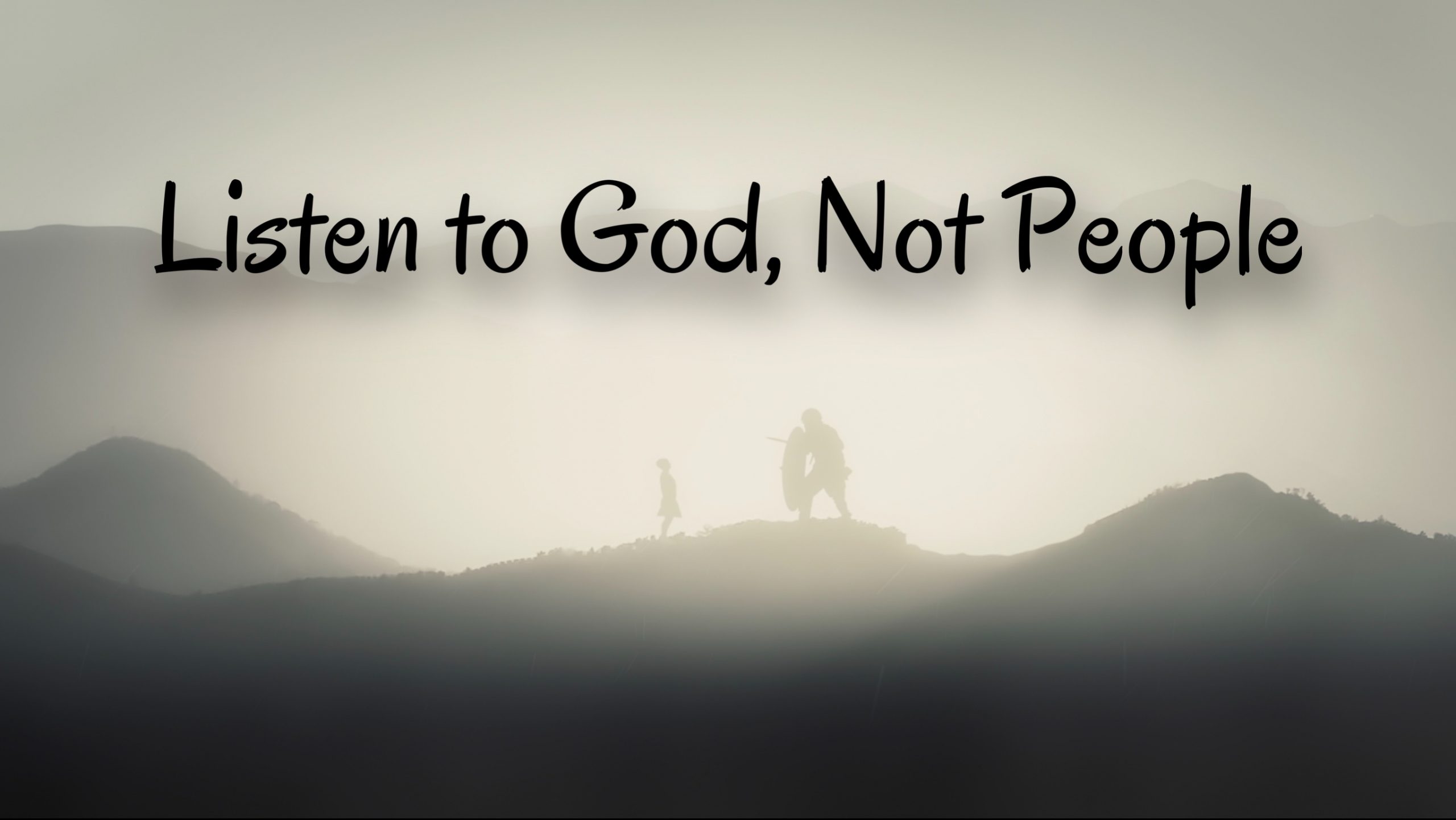 And Saul said to David, Thou art not able to go against this Philistine to fight with him: for thou art but a youth, and he a man of war from his youth.

Very often, if you listen to those around you, you will not accomplish the will of God for your life. While there are those God has placed in your life to help you become who he’s called you to be, there are also those who will do the opposite. They may mean well, but because of their own lack of spiritual maturity, they cannot see God’s plan for your life.

Most of us have heard the story of David and Goliath many times. We can go back and see that David’s conquest of Goliath looked anything but sure. We also know the end of the story. David defeated Goliath and he and Israel came out victorious.

While this is an awesome story of trusting God while facing your giant, I want you to see something else here. Did you know that if David would have listened to others he would have never even faced Goliath? This story wouldn’t even be in the Bible! When he first showed up on the battlefield, his oldest brother Eliab was irate. He called him names and pretty much told him to go back home. Then, when David told Saul he would go up and fight Goliath, Saul was not receptive at all. In 1 Samuel 17:33 Saul said, “… Thou art not able to go against this Philistine to fight with him: for thou art but a youth, and he a man of war from his youth.” What great encouragement David received from his family and the king!

Thank God he looked to the God inside of him instead of giving ear to those around him!

Lastly, this is not encouragement to not listen to the people that God has placed in your life to help you grow and mature. However, this is encouragement to make sure those people you give ear to are listening to God themselves. Never let anyone talk you out of God’s plan for your life! He will see you through!

The Sin of Comparison